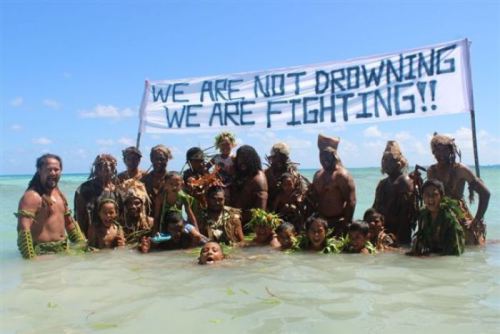 We all may be a geophysical force, we may all be geology,
but we don’t matter, are matter and own matter equally.
Despite this realisation, we feel like we’ve been rendered geologically active,
but politically rather passive.
We pass through premature fossilisation in the face of nature’s agency
that we are suddenly able to perceive, apparently through Bruno Latour.
Shouting, flailing, we spew forth a deluge of cultural production
that portrays us as just that: already dead.

While the Anthropocene is embraced as an opportunity to reframe our engagement with the ‘geo’ in geography or even geopolitics, the on-going struggles against the dynamics that gave rise to the phenomenon of the Anthropocene are rarely mentioned. At best, the image of the Anthropocene serves to confirm the excesses of capitalism or is used to fantasise…